His sporting masterpiece has been keeping Leiknir Fáskrúðsfjörður in 1.deild this year in an extremely thrilling last game of the championship. 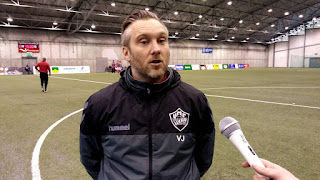 We have asked him about his feelings in those days and what we can expect from Leiknir Fáskrúðsfjörður next year. #CIEF already interviewed its president one years ago, just after the promotion to 1.deild. This team belongs to the village of Fáskrúðsfjörður in the East Coast. It has a population of about 660.

1.  Viðar, first of all congratulations for not being relegated. What did you feel at the end of the match against HK? How did you celebrate Leiknir F’s safety?

It was so unreal, better feeling than the promotion from 2nd division. Most of the players had a good time in Reykjavík but some just flew home that evening. The weekend after we celebrated all together with our fans and board.

2. How did you face the last match, when your final position dipended on the result of the match between Selfoss and Huginn?

I knew that we would need a miracle. First practice in the week before the game I told the boys that I knew that this was possible. All our focus was on attacking drills, shooting and pressing.

3. You played one of the most important matches of Leiknir Fáskrúdsfjördur history. How did you motivate your team before the match?

At the meeting day before the game I told the guys that if they can dream it, they can do it. Also told them that they should imagine that would be their last game ever and we all need to play our best game ever. Just loosing up and enjoy playing football.

4. This was the first season in Inkassodeildin for you and for Leiknir Fáskrúdsfjördur. You collected 21 points in 22 matches. Are you satisfied? What are things that can be improved and the ones that have satisfied you most?

Our first goal was to secure place in the league and we did it. Than of course I´m satisfied. Also very satisfied with the attitude of my team, never giving up even though it´s to tough to be true. What we need to improve: we didn´t start the tournament, we lost our first five games.  Also we didn´t play well outside East Iceland, only got 3 points in Reykjavík area.

5. Have you thought of failing your goal in some moments of the season?

I didn´t think so much about failing, only focusing on getting on with it. It´s all about checking the table in the end.

I don´t think it´s realistic to see Leiknir in Pepsi 2018. Within 10 years I can see one united team from the East as solid Pepsi team. It will be hard but hopefully it will be for real one day.

7. Which will be the aim of Leiknir Fáskrúdsfjördur in the next season? To avoid the relegation or to try to do something bigger?

Our goal for next season is to secure our place in the league as soon as possible. Now we are more experienced than last season. It would be brilliant to end in the middle of the table.

8. What will you do to reach your goals?

First of all we try to get better players in. Secondly we will train harder than ever and try to be more professional in every aspect of what we do. For example we have now one more coach who is taking care of fitness and so on.

9. During the last season, many foreign players have played in your team. Was it difficult to lead a so mixed group?

10. KA and Grindavik have been promoted to Pepsideild by dominating the championship. Did you expect this ending? In general, which are the teams and the players which have impressed you more during the season?

I really expected KA to win the championship because they for sure have the most valuable players. Then I thought it was all about Keflavík and Grindavík. In the end Grindavík ended in second place and they really deserved it. Many good players did play in the championship.

11. You were in France last summer to follow Iceland national team during Euro 2016. What do you think about this fantastic experience? And what about Lars and his work?

I had a really good time in France this summer. What an experience! Lars and Heimir are gods in our eyes here in Iceland. Say no more.

12. Which are your dreams and your goals for the future?

My goal is to keep on going coaching in the championship and in the Pepsi league. Every coach in Iceland have dream about coaching in another country and why not? 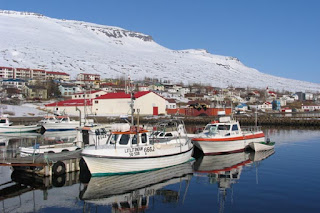